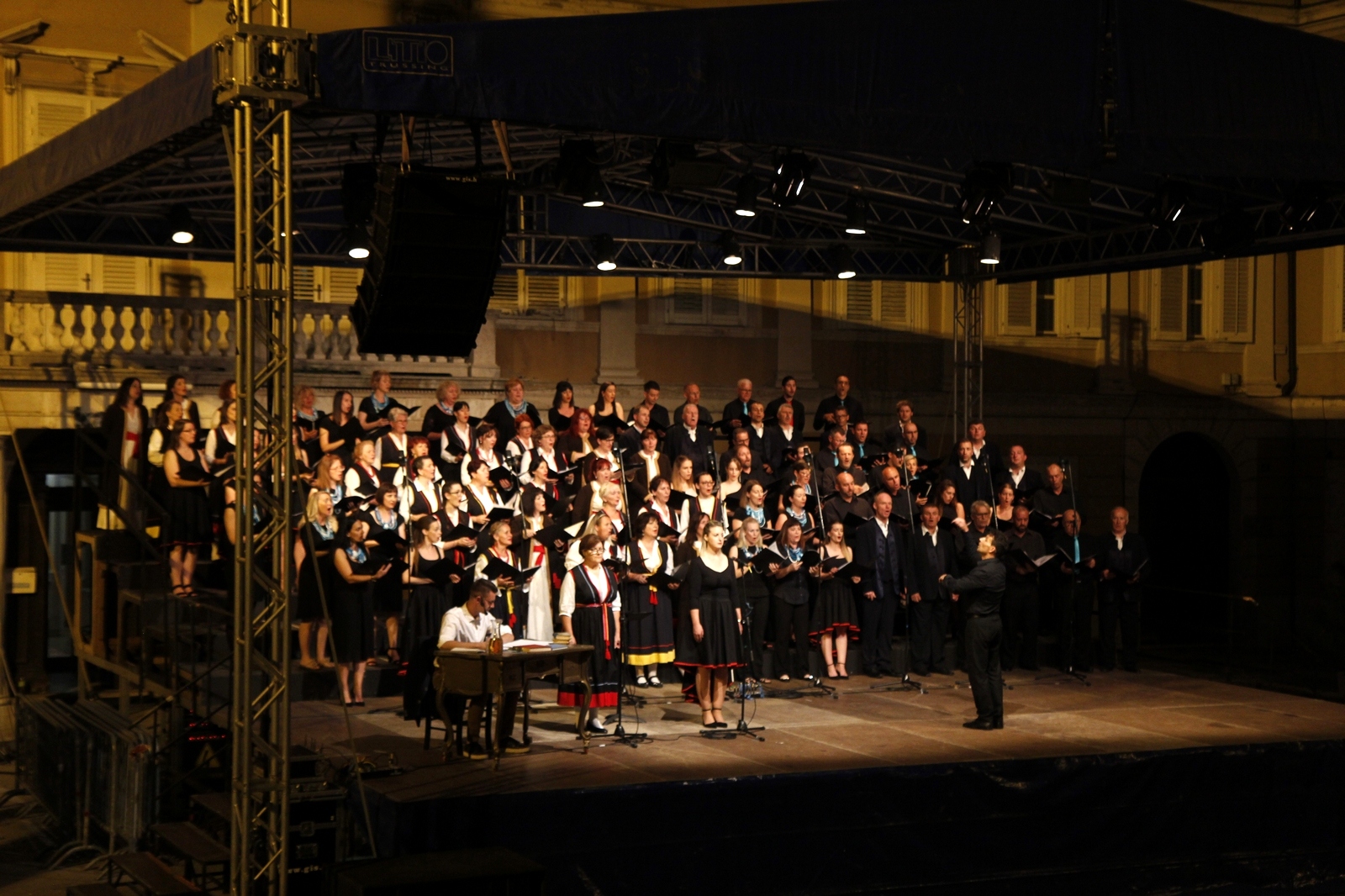 You can once again enjoy the choir concert “Bilo vavek veselo” (“Always Cheerful”) tonight, October 21, by listening to Radio Rijeka, whose programming will broadcast a recording of the concert at 8:45 PM.

As a reminder, “Bilo vavek veselo” is the name of the concert held on June 26 and 27 at the Square of Rijeka Resolution, a concert dedicated to Ivan Matetić Ronjgov, one of the most important Croatian composers of the 20th century, who dedicated his life to the music of Istria and the Croatian Littoral. This concert marked the 140th anniversary of his birth and the 60th anniversary of his death.

The concert was a success, and also a significant contribution to the preservation and promotion of the composer’s opus based on a unique national treasure of our homeland. Alongside our Opera Choir, several of the best choirs and vocal ensembles from Rijeka and its surrounding area contributed their talents: the Josip Kaplan Youth Choir (Rijeka), Kanat Mixed Vocal Ensemble (Kastav), KUD Učka Women’s Choir (Matulji) and the Rijeka Chamber Choir Val (Rijeka). Sopila players Branko Brnić and Klaudije Dunato also performed. The conductors were Igor Vlajnić, Doris Kovačić and Saša Matovina. Matetić’s native Chakavian language was brought to life by reciters Rajka Jurdana-Šepić and Sven Sušanj.