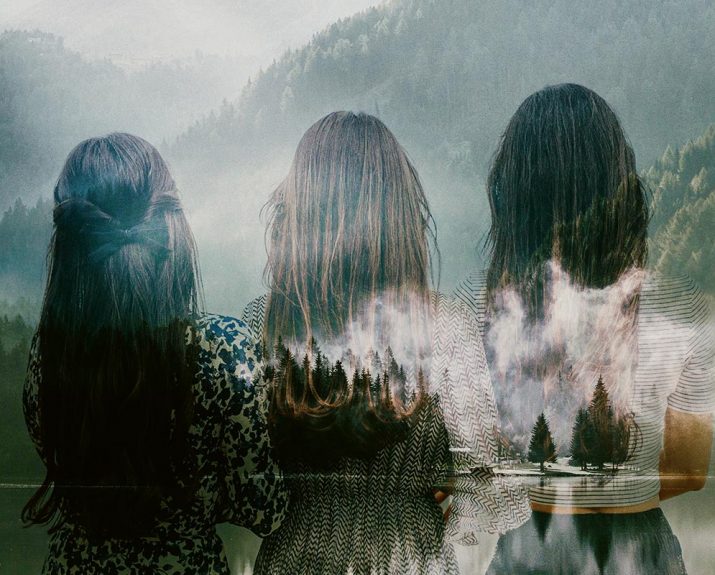 The general sponsor of the Rijeka Symphony Orchestra, INA, is giving away a portion of the tickets to students of the Ivan Matetić Ronjgov School of Music in Rijeka. In this way, INA stands out once again as a company that not only invests in culture, but also recognizes the benefits of investing in future musicians.

German violinist Niklas Liepe is described as an impressive artistic figure with fascinating musicality and a brilliant sense of sound, a spectacular tonal and technical range who becomes one with his violin. Music critics say his projects are pushing and redefining the boundaries of classical music. Niklas Liepe will perform on February 18 with the Rijeka Symphony Orchestra under the direction of chief conductor Valentin Egel; don’t miss out on this interpretation of the works of Lyadov, Prokofiev and Rachmaninoff.

Prokofiev was fascinated by the violin since he first heard it as a child, and in his First Concerto for Violin and Orchestra he combines virtuosity and lyrical melodies typical of a violin concerto, but using avant-garde techniques, thus expanding the concept of the concerto for violin. In The Enchanted Lake, Lyadov takes the listener on a mysterious journey through a fairy-tale-esque musical scene with dazzling mystical serenity. Rachmaninoff was among the last of the great Russian Romantics; the Symphonic Dances were his last work and summarize the entire musical and emotional experience of life, rich in dense harmonies and emotional melodies.

The concert is performed with one intermission and lasts approximately two hours.

Rachmaninoff’s life began in Russia and ended in the USA. By the time of the Russian Revolution in 1917 he was already an established composer, successful conductor and a famous pianists. At the same time the First World War had put a sudden interruption to his international career making it impossible for a while to give concerts outside Russia. Having stemmed from an originally rather wealthy family he felt threatened by the events of the revolution and he took the next opportunity to leave the country hastily with his wife and daughters. That it would be a farewell for ever was not at all planned nor foreseeable. He would never return to his home country. He settled in the US, where he was celebrated as a star and became one of the most well payed pianists of his time which allowed him a luxurious lifestyle. But he never assimilated and the missing inspiration of Russia made it impossible for him to compose for years. It was a residence in Switzerland, where he would spend several summers, that gave him back inspiration and will to compose once again.

The Symphonic Dances are his last work. Written around two and a half years before his death. Originally it was intended as an autobiographical piece. At first Rachmaninoff had put the titles “Noon”, “Sunset” and “Midnight” over the three movements.

The first is built on a Three-Tone-Motiv that is reminiscing on Rimsky-Korsakov’s “The Golden Cockerel”, which was the only score that Rachmaninov took with him when leaving Russia for good. In the end of the first movement he quotes a theme from his own First Symphony, a work that had been such a failure to the audience that it through the composer into depression and made him burn the score. Some hear the crackling flames in the orchestration of the accompaniment of this quoted theme in the Symphonic Dances.

The second movement is said to stand for the time of 1900 until the revolution. For Rachmaninoff a rather golden period of his life. One hears the atmosphere of big balls and glamour, through the nostalgic view of mere remembrance. But also an arising undefined threat and an acceleration of chaotic events towards the end of the movement.

The final third movement is a mix of a Whitches Sabbath and a bittersweet nostalgic ode to a lost home. In the end Rachmaninov emerges symbols of death like Tam-Tam and the dies irae with the allelujah of the orthodox liturgy. The chant of hope triumphs over the melody of the last judgement – a melody that can be found in many of his works of his whole oeuvre. The end can be seen as anticipation of the soon death but also as his trust into faith in the last years of his life.

Rachmaninov considered the Symphonic Dances as his best work.

Also Lyadov thought of his Enchanted Lake as his favorite piece of his own. He referred to it as a “fable-tableau” and wrote to a friend: “How picturesque it is, how clear, the multitude of stars hovering over the mysteries of the deep. But above all no entreaties and no complaints [which he associates with the sounds of trumpets and trombones, which are banished]; only nature – cold, malevolent, and fantastic as a fairy tale. One has to feel the change of the colors, the chiaroscuro, the incessantly changeable stillness and seeming immobility.”

The piece is indeed a marvel of mystical serenity, the waters gently stirring under starry skies, in suggestively shifting major and minor thirds and ninth chords supported by deep pedal points, with the “enchanted” sounds of harp and celesta, and delicate flute traceries (all in the Rimsky manner).

Prokofiev was a student of Lyadov (amongst others), yet he found his unique style and his very own language of music. Like Rachmaninov, Prokofiev also left the country after the Revolution towards USA. Quite contrary to him he didn’t settle there but eventually settled in Soviet Union’s Moscow where he thrived as a composer. He himself defined four lines (not periods) in his style that are existing parallel in his works. He referred to them as the Classical, the Modernist, the Motoric and the Lyrical Line.

In his First Violin Concerto all four of them can be found. whereas in the first and third movement the Lyrical Line is clearly leading, the second movement is driven by a constant Motoric rhythmical structure.

He wrote the Concerto in the year of the revolution 1917, which was the most productive year of his life. The first performance in Paris failed – because of it’s romantic atmosphere it didn’t meet the gusto of the Parisian audience who was all about “shocking” events such as the premiere of Stravinsky’s Le Sacre du Printemps. However internationally the compelling beauty of this masterpiece quickly conquered the concert halls.