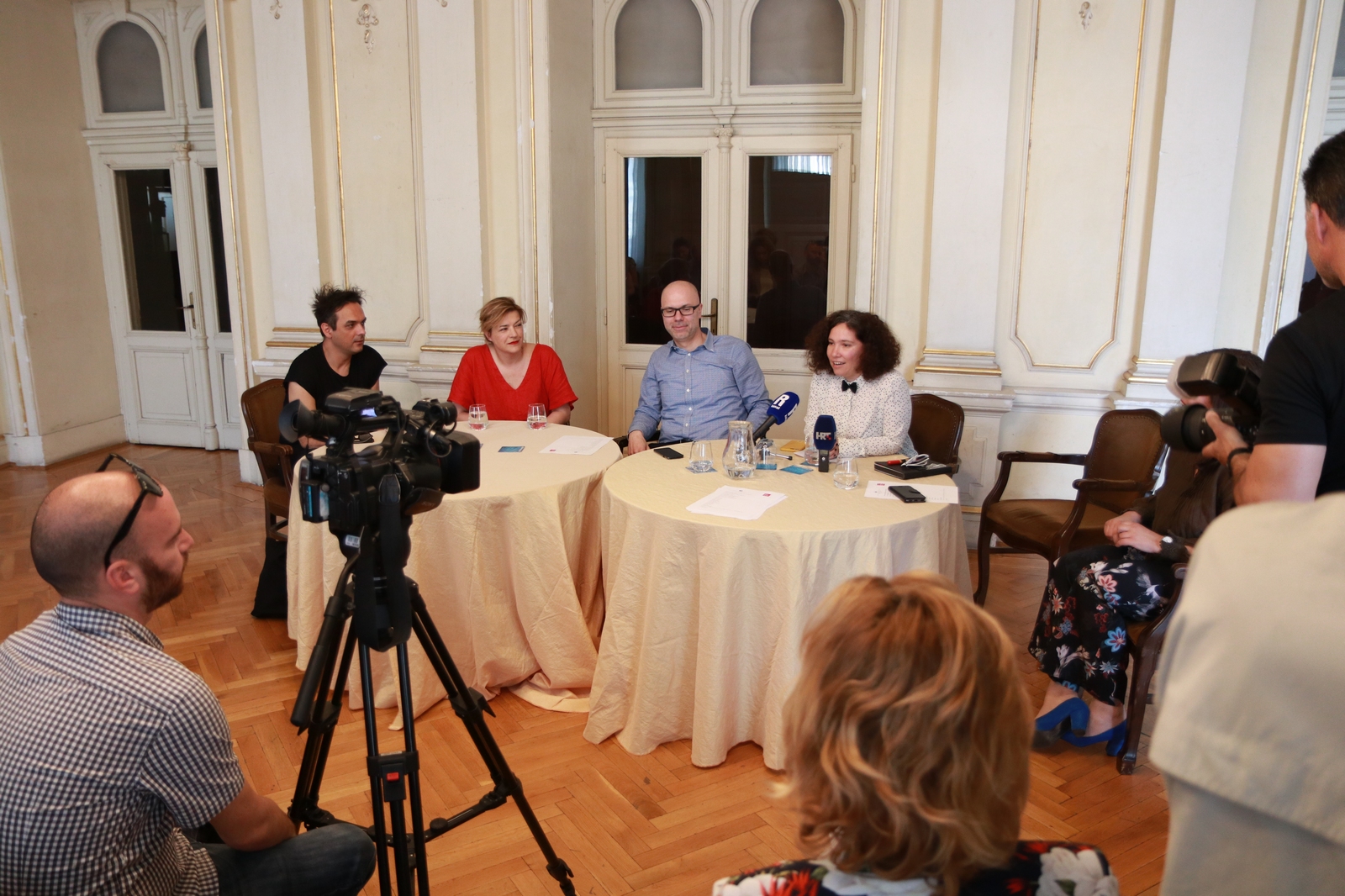 Marin Blažević, the Rijeka Theatre general manager and artistic director, pointed out that this is an exceptionally significant cooperation regarding production and in the artistic sense.

The Dubrovnik Summer Festival artistic director Dora Ruždjak Podolski underlined that the coproduction model is becoming an important practice in the Croatian theatre policy and strategy, not only as a means of sharing experience and knowledge, broader artistic engagements too, but also due to its being cost-effective and profitable. It is of significance for both Rijeka and Dubrovnik, while for artists it presents a challenge and a way of pushing the limits.

“Plays are performed five times only at the Festival, while we would also like to make a tour of other theatres and cities with this play so that it may truly ‘come to life’”, added Ruždjak Podolski.
The Festival assistant artistic director Saša Božić said that it is for the first time that Krleža’s Michelangelo, an expressionist drama on the relationship between the artist and the power, is staged at the Dubrovnik Summer Festival.