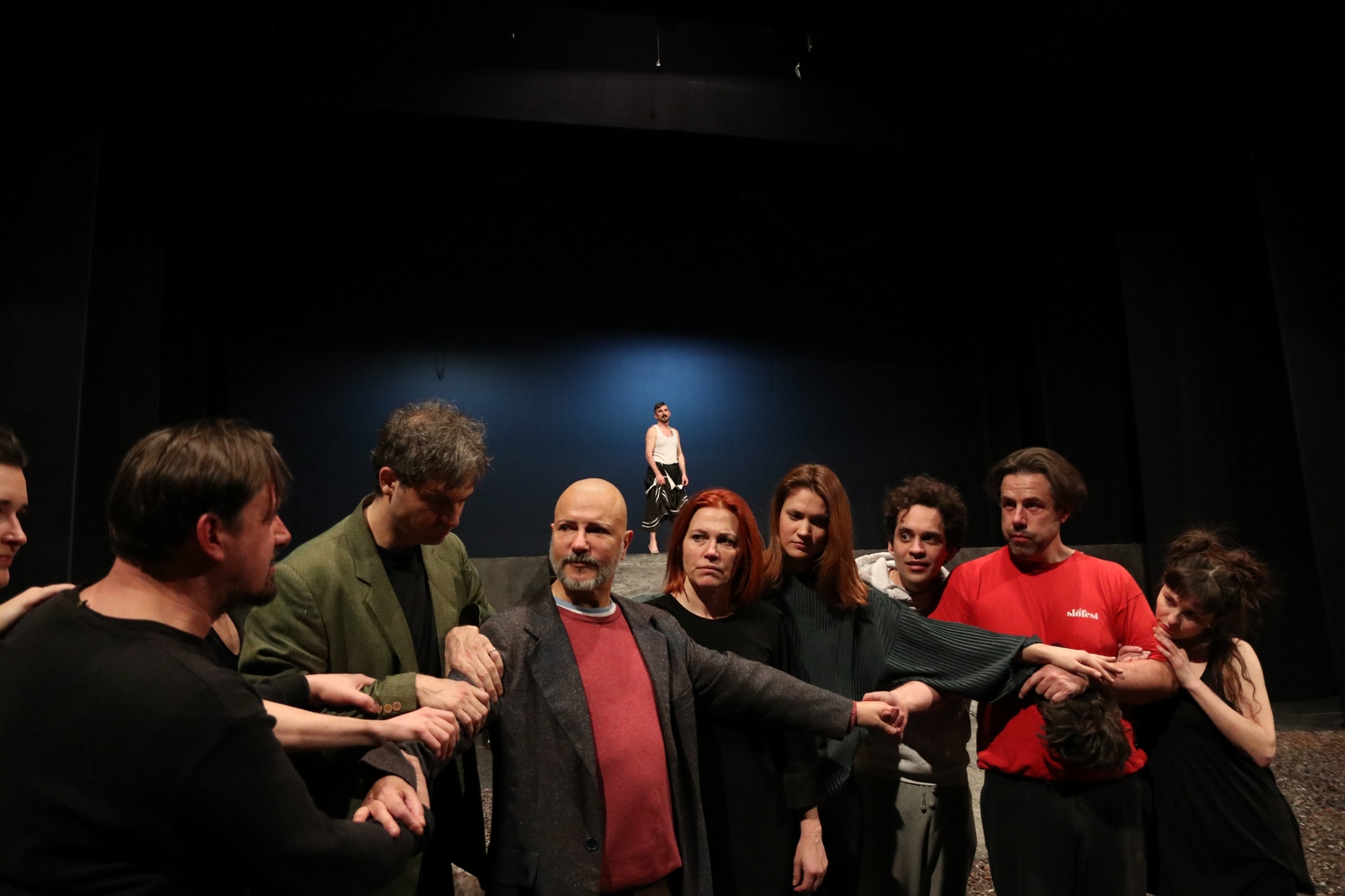 MOUNTAIN GIANTS – WHEN LANGUAGE IS NOT A BARRIER BUT FREEDOM

The production of Mountain Giants/I giganti della montagna by Luigi Pirandello in the direction of Paolo Magelli and in co-production of the Rijeka CNT Italian Drama with the German Theatre of the City of Timișoara (Romania), Slovene Permanent Theatre in Trieste (Italy), National Institution Albanian Theatre Skopje (Macedonia) and the Hungarian Theatre Kosztolányi Dezső from Subotica (Serbia), will premiere in the Rijeka CNT Ivan pl. Zajc at 19:30 hours on Friday 2 March 2018.

This is a unique, multilingual theatre project made in co-operation of five national minority European theatres and created as a central part of the programme “(Re)discovering Europe”; it is the first of the projects of direct co-operation of the CNT Ivan pl. Zajc and the ECoC 2020, being the first Rijeka CNT project to be co-financed by the European Union fund Creative Europe.

The theatre general manager Marin Blažević said that with regard to its production, organisation and financing, this has been the most complex project of the Rijeka theatre in the last four seasons, funded from more sources, Europe Creative being the most important among them.

“What I consider to be significant is that this multicultural project has been lead and directed by Paolo Magelli. There’s hardly anyone else who could have come to grips with such a complex project having equal experience, concentration, courage and craziness”, added the theatre general manager Blažević. Rosanna Bubola, Italian Drama director pointed out that this European project, dealing with the timeless work of Pirandello, which resulted with a performance that is contemporaneously played in five languages, can show us that language in the theatre does not present a barrier, also that a multilingual ensemble can become an instrument of the beauty of a theatre.

“The synthesis of this interesting and difficult project is that language is not a barrier but freedom. Multilingualism is an intellectual being with different sounds, but it is the very diversity of these sounds that denotes freedom”, pointed our Paolo Magelli, going back to the beginning, the emergence of the idea to gather these five national minority theatres and five different voices of the cultural reality. Having put the end to his position of the theatre general manager in Tuscany and his participation in “the games of the powerful”, together with Oliver Frljić he came to the idea of creating an organisation of national minority theatres that could expand in the future and thus create a European co-production network. “It’s obvious to me that minorities in Europe are a ‘reality that is unprotected and weak’ and that their existence is less and less tolerated by the majority, i.e. the giants. It’s also obvious that their preservation is the battle for saving democracy”, said Magelli. “The atmosphere of Mountain Giants through which Pirandello in 1936 predicts the end of art and the end of theatre seems to be experiencing its solemn rerun in the Europe of today. It’s giants are again those who keep the reins of financial policy, globally deciding on, among other things, decreasing the funding of culture.” Mountain Giants is the last work of Luigi Pirandello, his masterpiece that remained unfinished. The third of his modern myths is the one of art. This is a contemporary fairy tale that pulls down barriers between actors and spectators, the real and the unreal. The story follows a touring company of actors that in their wandering arrives to a non-defined place and time, into a space that is on the border between reality and a fairy tale, with actors finding a fairy there called Bad Luck.

Speaking on behalf the Rijeka 20120 – ECoC, Lela Vujanić, Kitchen programme manager, said that Mountain Giants are an example of how ECoC wants and plans to deal with the minority issue, namely, for the minority issue to be rendered as the culture of the centre and not as the marginal one, also by speaking in its own language.

After the reruns in Rijeka, this production will be performed in Trieste, Skopje Subotica and Timișoara.