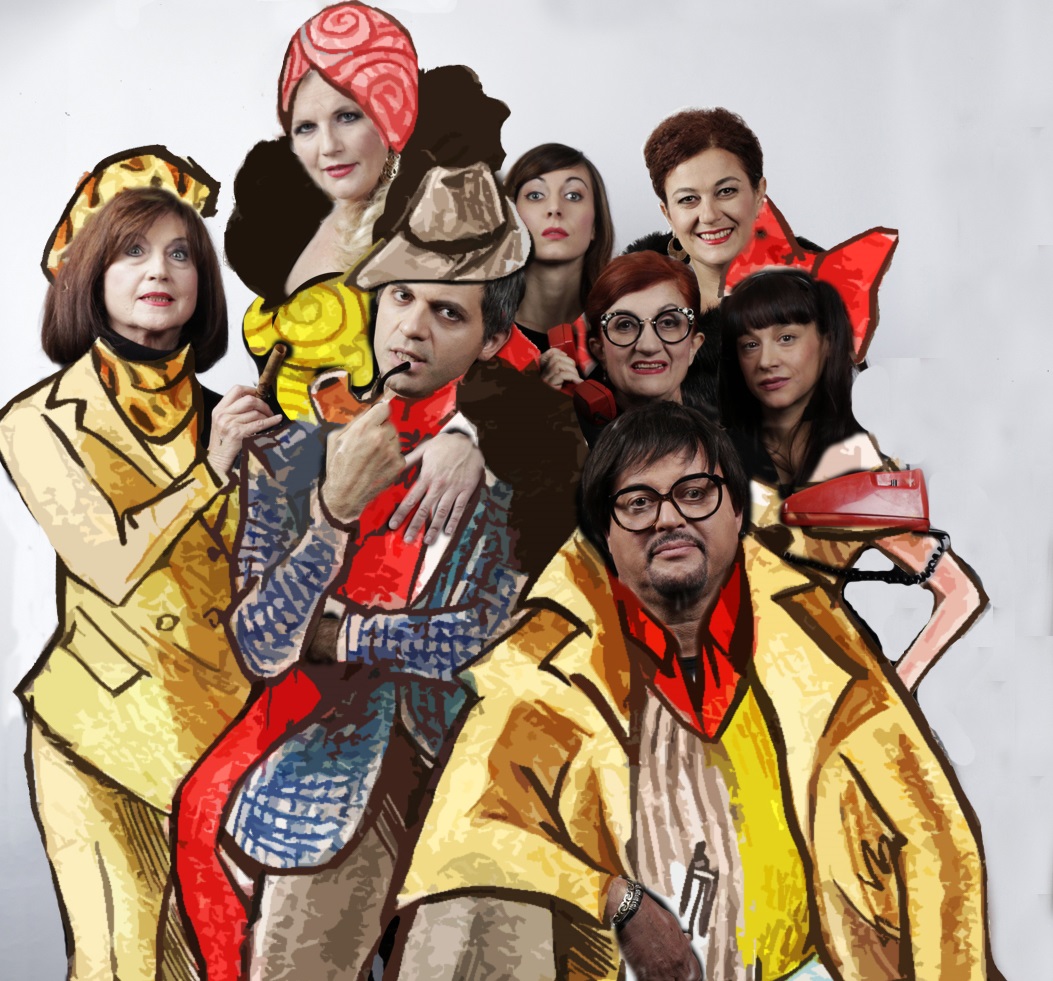 Mario Fratti’s comedy Sei donne appassionate / Six Passionate Women, in the co-production of the Rijeka Italian Drama and the Florian Metateatro from Pescara, will have the premiere on 29th of November at 19:30 hours on the stage of the CNT Ivan pl. Zajc in the direction of the Italian director Vincenzo Manna. The play is performed with surtitles in Croatian so that there will be no language barrier.

Six Italian Drama actors take part in the play, namely, Mirko Soldano, Bruno Nacinovich, Leonora Surian Popov, Ivna Bruck, Elvia Nacinovich and Lucio Slama, as well as three guests from Italy, Anna Paola Vellaccio, Elena Cotugno and Giulia Basel. Anton Plešić created the theatre-film set design, Manuela Paladin Šabanović the costumes and Boris Blidar the lighting design. Guido Venturini designed the play poster.
Rosanna Bubola, Italian Drama director, pointed out that this is a comedy; it is through laughter that we can often gain important insights. Bubola added, “The play is inspired by the life of the great Fellini and is told through contemporary language. The roles are changed and relationships are interchanged in the play of manipulations, hiding, betrayals and lies. Life, theatre, film and reality are intertwined and merge into an oneiric and surreal atmosphere”.

Giulia Basel, actress in the play, also manager of the Florin Metateatro from Pescara, said that this is the best of the titles to bring them together, among other things also because they share their origins with this great author. Namely, both Fratti and Florian Metateatro are from the same Italian region of Abruzzo. Giulia Basel, marvelled by the co-operation, the city of Rijeka and its multicultural feature, also the performance of the play in Italian outside of Italy, announced numerous guest performances of this play throughout Istria and Italy in the months to come.

Director Vincenzo Manna said this is an easy-going comedy written in the 70s, when feminism was a topical issue. “Through the play of cheats and jealousy, all becomes resolved in the name of love in the end.”
Mirko Soldano, who plays the role of Guido (Fellini’s alter ego), said that his role is not actually the leading one, but the point around which passionate women gather, they being those who initiate and lead the action.
It was Mario Fratti, renowned contemporary Italian playwright, who lives and works in the USA, who has written the play. A flattering epithet of the American Pirandello has been ascribed to this author of over a hundred plays in the States. His works have been translated into twenty languages, performed in six hundred theatres throughout the world; he has won numerous international prizes of prestige, while after the play Six Passionate Women, the theatre phenomenon Nina emerged, one of the most famous Broadway musicals with more than two thousand performances and seven Tony awards.

Vincenzo Manna (1977), director, author, set designer and translator, is one of the most interesting artists of the new theatre generation in Italy. He has won numerous prizes, among which prominently features the one for the best Italian young author, as well as for the plays Inverno (2014), Cani (2017) and others, also for a great number of texts and translations.
There is no interval in the performance that lasts approximately 1 hour and 30 minutes.