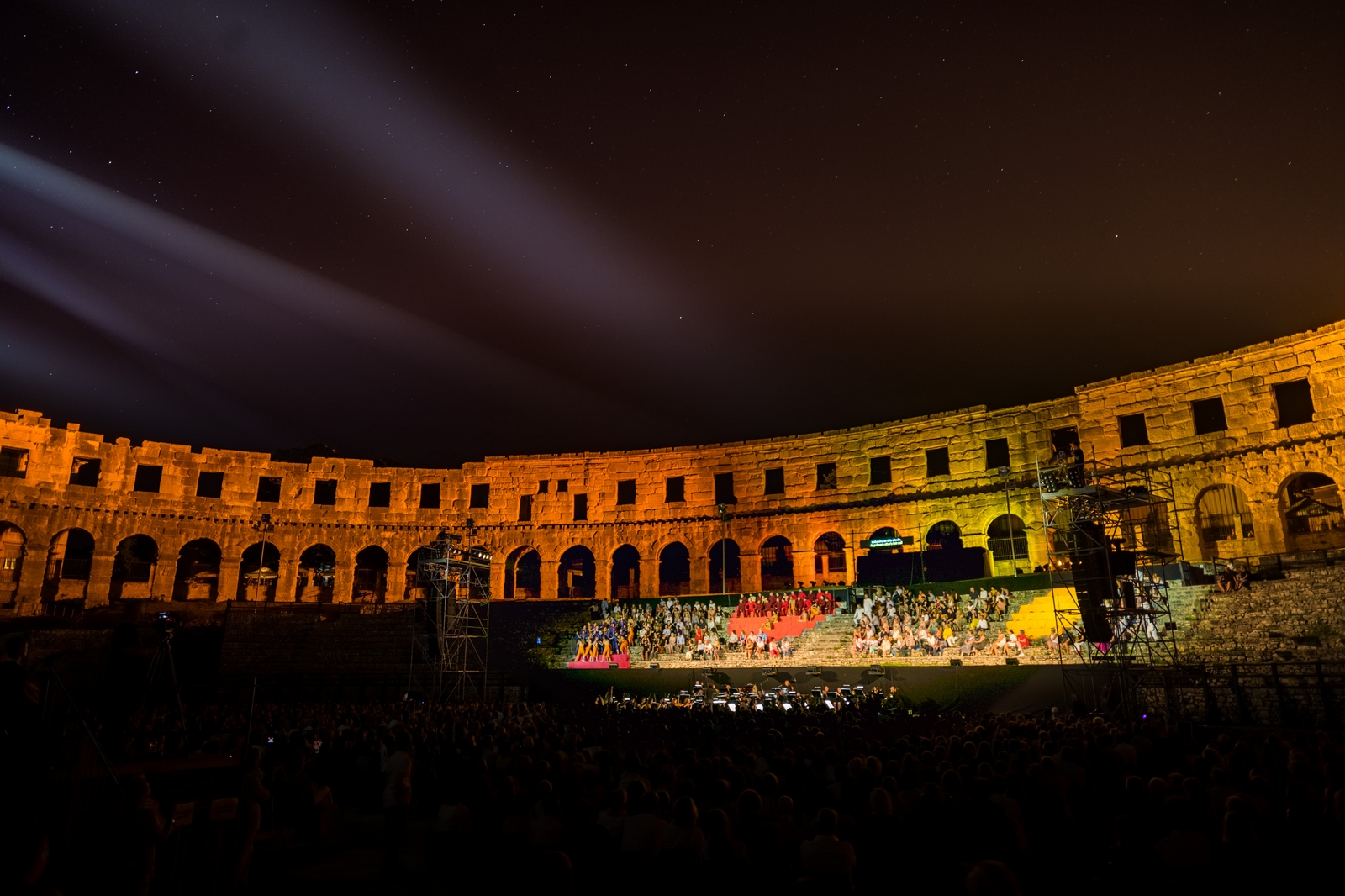 Though winter hasn’t even truly begun yet, we’re already announcing our 2020 Summer Classics program in the enchanting setting of the Pula Arena. The third festival of classics in the arena will be dedicated to the heroines, the impressive characters of women whose will and deeds drive the action of the most famous operas: from Tosca, Turandot and Madame Butterfly, to Norma and Traviata, to Delilah and Carmen.

The third edition of  Summer Classics, which is dedicated to women through the selection of performers and conductors, opens on July 3 with Puccini’s Tosca, conducted by Kalla Kuusava, with dramaturgy and direction by Marin Blažević. Is there a better setting than an ancient Roman area for this operatic thriller about love, lust, jealousy, torture, betrayal, political intrigue and one incorruptible woman? The soprano Kristina Kolar, who has delighted numerous audiences in the Pula Arena for two years in a row, will perform in the main role of Tosca in summer 2020. Her Cavaradossi is the tenor Domagoj Dorotić, and Baron Scarpia is portrayed by the opera legend Giorgio Surian.

This one-of-a-kind Summer Classics concert, titled Heroines, is scheduled for July 6, and brings with it an explosion of emotions! In ancient stone scenery, you will meet Aida, Norma, Lady Macbeth, Turandot, Juliet, Desdemona, Mimì, Lia, Madame Butterfly, Delilah, Adalgisa, Cleopatra, Dido, Rosina and other female characters in performances of the most beautiful arias of opera literature under the guidance of female conductors. The opera prima donnas Kristina Kolar, Anamarija Knego, Diana Haller, and Ivana Srbljan will be featured side-by-side on the stage, led by the Italian conductor Beatrice Venezi.

“Summer Classics” will conclude on August 6 with another uncompromising female character: Carmen. Bizet’s opera will be conducted by Kalla Kuusava, created by Selma Banich, Sandra Dekanić, Marin Blažević, and Alan Vukelić. The unforgettable experience of Carmen is augmented by the inverted perspective of the stage and the theater, which transforms the stone stands of the Pula amphitheater into dramatic Spanish landscapes, where part of the audience is situated among the performers. Last year, the arena was too small to accommodate everyone who wished to see the passionate and heated opera. In the cast we will once again see Ivana Srbljan, who will fatally fall in love with Don José, Aljaž Farasin. With their intense acting performance, these two singers turn a seductive opera into a poignant drama.

Tosca, the concert Heroines, and Carmen make up the Summer Classics 2020! Don’t miss out on three full nights of unforgettable music, impressive ambiance, and summer atmosphere!