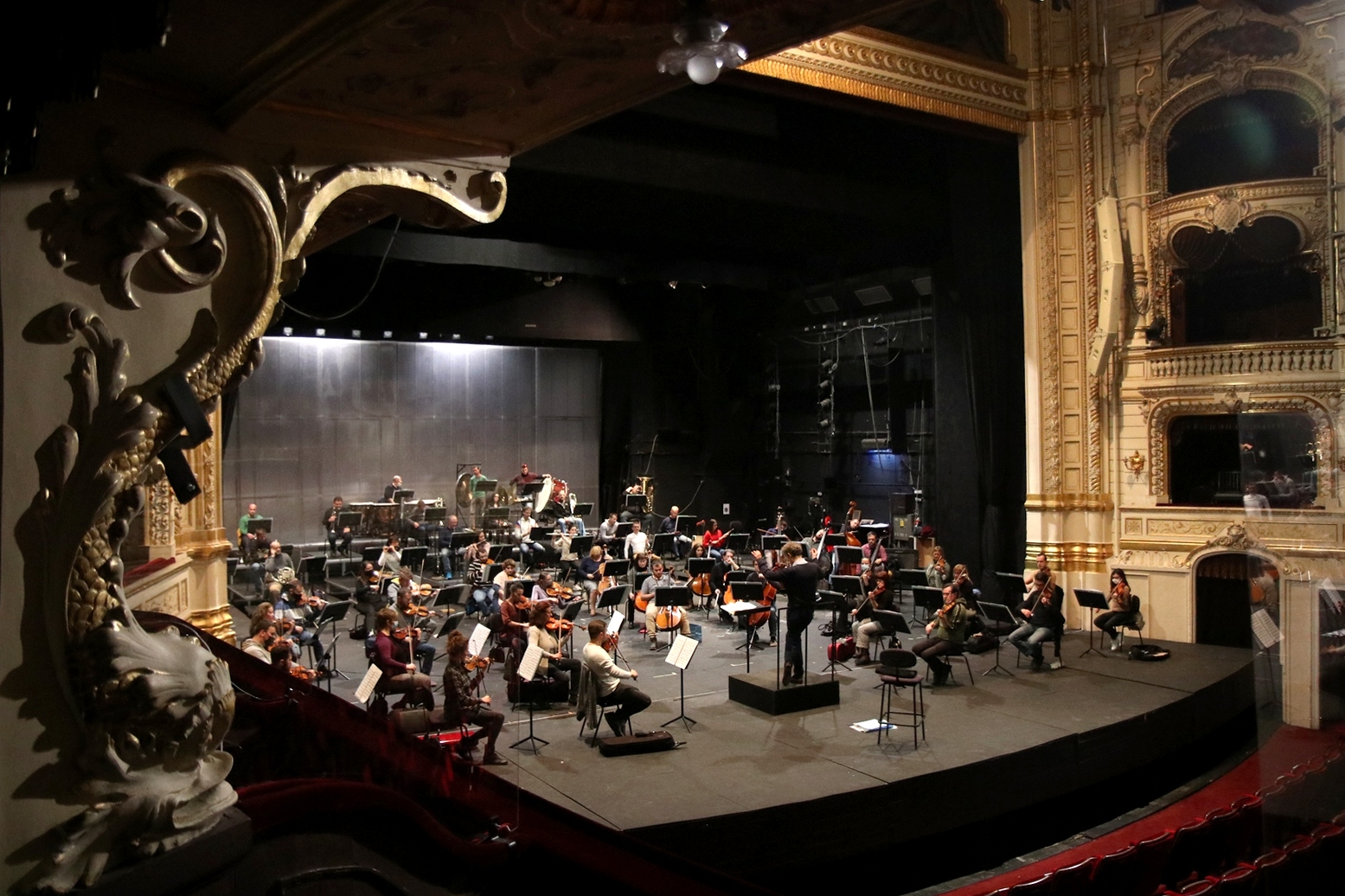 MUSSORGSKY, PROKOFIEV, TCHAIKOVSKY: NOT ONE BUT TWO CONCERTS OF RUSSIAN CLASSIC MASTERPIECES

The Rijeka audience already had the opportunity to meet Maestro Von Steinaecker when he conducted the unforgettable “Mozart’s Requiem” and the symphony concert “Wagner, Grieg, Brahms”, as well as the best concert of the last season according to the audience, Mahler’s Second Symphony – “Resurrection”. which won the Lovro pl. Matačić Award. The performing soloist is also a winner of this year’s audience awards as well as a principal of the Theatre, Anamarija Knego, the soprano who won the Stefanija Lenković Audience Award for her roles as Cio-Cio-San in Madama Butterfly and as Cleopatra in Julius Caesar in Egypt – Anew.

Masterpieces of Russian classical music await you on the concert program. The first part of the concert begins with the prelude “Dawn over the Moscow River,” composed for the folk music drama Khovanshchina by Modest Petrovich Mussorgsky (1839-1881). Following that, you will hear Tatiana’s Letter Scene from the opera Eugene Onegin by Pyotr Illyich Tchaikovsky (1840-1893), performed by Anamarija Knego, as well as the March from the opera The Love for Three Oranges by Sergei Sergeyevich Prokofiev (1891-1953). In the second half of the concert, the program includes Tchaikovsky’s Sixth Symphony, “Pathétique,” the composer’s last symphony into which he poured “his entire soul.”

The lucky attendees of Friday’s performance will witness the distribution of the audience awards for the best achievements in the Opera and for the best concert immediately after the performance.